Most Common Sources of Meat Contamination 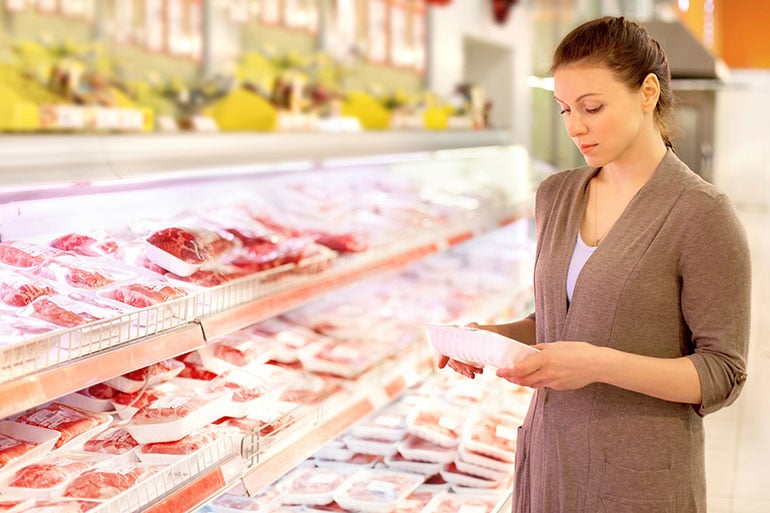 Food contamination from foreign particles is simply part of the production process. And so is keeping those particles from remaining in the food or ever reaching consumers

In 2017, for example, physical hazards caused more than nine million pounds of food to be recalled. That topped the list for the amount of food recalled for any other reason.

Different types of food products are contaminated by different sources; plants and produce often are accompanied by stones, wood dirt, while other things like metal bolts, stainless steel clips, rubber gaskets, and parts of plastic components from inside the production plant can also end up in the food supply.

Where Foreign Contamination of Meat Occurs

Stone: When turkeys and chicken peck at their feed on the ground they ingest stones and pebbles to aid in digestion. These can get into their system and remain in the meat during processing.

Needles, blades knives: Needles enter most commonly through flavor, brine, or marinade injections during processing. Blades and knives used during many different stages of the process, from initial slaughter to cutting and portioning the meat, can break or end up in the product.

Machine parts, bolts stainless steel wires: With so many machines involved in processing meat, there are many opportunities for metal parts to contaminate food. When metal parts rub against one another, there’s a risk for metal fragments to land in the meat, and things like loose bolts can fall into the product. There are many stages during processing where metal can enter the food, and wire can be introduced when sifting or cutting is involved.

Bone: Bone is indigenous to meat and poultry, so it’s not surprising that it can sometimes be found in the final product. Although the FDA considers bones under 7mm to not be a hazard, calcified bones as small as 2 to 3mm in size can be a serious hazard with some age groups or even lead to dental claims in certain situations.

Rubber, plastic wood: There are many ways these materials can make their way into meat and poultry products. From rubber gaskets and rubber gloves to heavy plastic tools, packaging and even the handles of tools, machine parts equipment used by workers all have the potential to contaminate food.

Each time a human or a machine touches food, the risk of contamination increases, so being able to detect and identify contaminants is crucial to improving food safety.

Because there are many different types of physical contamination, the types of solutions used to detect those foreign materials may vary, too.

Metal detectors and inline magnets can be useful in finding pieces of blades, wires bolts, but they won’t help when it comes to detecting other common hazards. They’re a cost-effective solution for finding unwanted metallic but are limited in what they can find. Magnets and metal detectors won’t find contaminants from inside the production facility, such as rubber, hard plastic, stone, wood, glass stainless steel.

Inline X-ray inspections have found growing popularity because they allow greater inspection of the product and can find both metal and non-metal substances. By detecting the changes in density in the meat, X-ray inspection is a sophisticated and accurate tool for identifying the presence of foreign materials.

Creating Your Line Of Defense Against Contamination

Prevention is the best way to avoid allowing food to become contaminated with foreign materials. Food manufacturers should conduct their due diligence to make sure that suppliers have the proper controls in place to monitor processes from start to finish; this will cut down on the number of foreign materials accompanying the meat into the food processing facility.

Even with the most diligent system checks and detection strategies in place, sometimes contaminants will still find their way into the food supply. That’s why it’s crucial for food manufacturers to have a system in place to prevent contamination at each possible step.

And, when physical contaminants are discovered, it’s important to have a third-party X-ray inspector with the ability to identify the contaminant. third-party X-ray inspection services can provide efficient and thorough inspection of your bracketed product. The ability to identify foreign matter, and remove it before the food is distributed, maintains the safety and reputation of a brand. It also provides an element of traceability and being able to determine at what point in the process the contaminant entered the food.

The right policies and procedures can help safeguard against contamination throughout the life cycle of a product. Taking a proactive stance not only protects the health and welfare of your customers, but the future of your company’s reputation and financial well-being.

In the past, detection of a foreign material often meant that the entire production run of a bracketed product would be scrapped. Today, FlexXray’s advanced X-ray inspection can locate the specific foreign material. We have the ability to properly dispose of any contaminated meat while allowing the remainder of the production run to continue on through the distribution chain.

For the food manufacturer, that means the smallest possible loss of product without interruption of the distribution cycle. And, just as important, it means peace of mind that you’re providing a safe, hazard-free product.