How Much Does a Frozen Food Recall Cost?

One of the biggest threats to any food company is a frozen food recall. Whether it’s caused by biological contamination or the discovery of foreign materials, being forced to recall frozen food has a significant and often lasting effect on companies

What is the Cost of a Frozen Food Recall?

in terms of financial impact and in company reputation — which also affects the bottom line — a frozen food recall is something that no manufacturer can afford.

According to Food Safety Magazine, the average recall costs a food manufacturing company at least $10 million. Those costs include notifying any pertinent regulatory bodies, the supply chain and, of course, consumers.

That price tag also includes retrieving and destroying that has already been shipped (reverse logistics) and destroying any related product that remains at the plant.

The cost of labor to not only perform all the above tasks, but also the labor costs required to produce a replacement run of the product is also included.

Essentially, the food manufacturer will double their costs for producing the same amount of salable product, as they’ll have to pay all the associated costs for a second run, from warehouse and production line to packaging materials and shipping.

What's Included in the Cost of a Frozen Food Recall?

If that were where the costs ended, it would still be an enormous pill for frozen food manufacturers to swallow, particularly for small companies. But the bill can quickly run much higher.

In many cases, the direct hard costs of a frozen food recall are the least expensive aspect of the incident.

Some of the additional costs of a frozen food recall, which are harder to calculate and perhaps even harder to absorb, include:

Discovering the root cause of the contamination is the way to ensure the problem doesn’t happen again. And, as part of the recall, you’ll also have to provide basic information about the contaminant, including its size, sharpness, density and more. Documenting how and when it was discovered, how much product was contaminated and how much was shipped out is also part of the recall process, and you’ll also have to provide an assessment of the health risk posed by the contamination.

If the contaminated product causes injury or death, it can quickly lead to expensive lawsuits.

In addition to the sales lost by consumers who switch brands temporarily during and after a recall, there are the lost sales created by the product simply not being available. More than half of consumers say they would switch from the product until the threat is removed, but even if consumers return to buying the product, there’s no way to recover those lost sales.

In today’s world of 24/7 news coverage, it’s impossible to avoid the negative publicity that accompanies a widespread recall. Negative coverage can keep the news story alive and in the forefront of consumers’ minds, even after the problem has been resolved.

Consumer response to a recall can be expensive and . Even after the threat has been eliminated, it can loom large in the buyers’ decision-making process. In 2010, a U.S. Grocery Supplier survey found that, in the year following recalls of spinach and peanut butter, about 75% of consumers quit buying those products, regardless of the brand or manufacturer.

According to a poll by Harris Interactive, 16% of consumers said they would not purchase the product from a company following a recall and 17% would avoid any product made by the manufacturer of the recalled product.

How to Prevent Frozen Food Recalls

With today’s food safety options, it would seem that contamination from foreign materials could be halted before reaches the store shelves. However, headlines tell us that frozen food recalls to be a fact of life.

In July, a calzone manufacturer recalled more than 24,000 pounds of after customers reported injuries from hard, sharp pieces of clear plastic inside the

Just one month earlier, a major manufacturer of chicken products recalled 3,000 pounds of frozen breaded tenderloins when blue, soft pieces of plastic were found in the breading ingredients.

Most frozen food products are, by nature, more vulnerable to foreign contamination because they contain multiple ingredients from multiple suppliers. The more ingredients, the more opportunity there is for a contaminant to make its way into the food.

One of the best ways to avoid contaminants making their way to retailers is through the use of third-party inspection services. is designed specifically to handle frozen food products while keeping the product frozen and never compromising the temperature or the texture of the product.

With about 70% of business coming from the frozen food sector, has not only built a solid understanding of the unique challenges facing this portion of the but has developed the processes needed to manage successful X-ray inspection quickly and efficiently.

X-ray food inspection provides an effective way to find foreign contaminants, giving frozen food manufacturers options and solutions that can prevent the contaminated product from ever reaching the shelves, while at the same time allowing safe product from the same manufacturing run to be distributed. 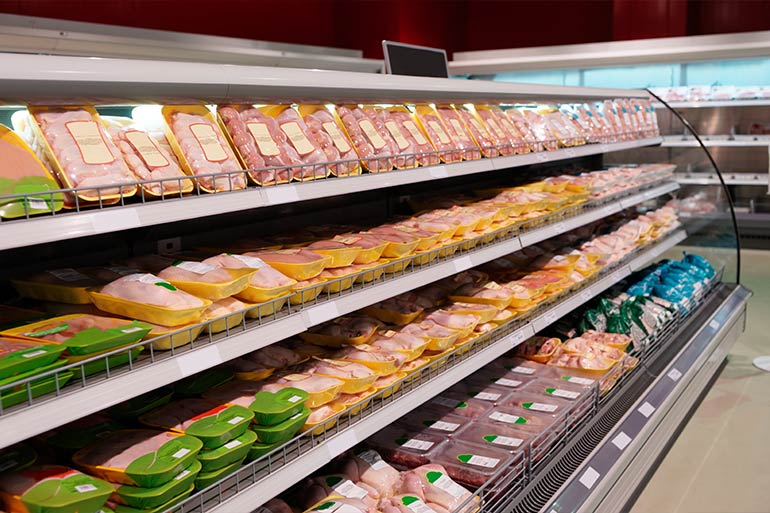 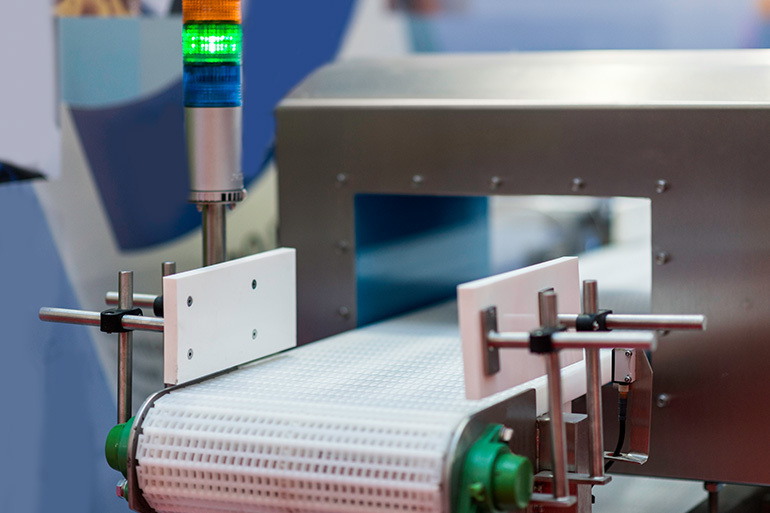 The Complete Guide to Metal Detection Services in the Food Industry

As food becomes more processed, the risk of foreign contaminants finding their way into edible...

How to Detect and Manage the Challenge of Plastic in Food

There’s no question that innovations in plastic are changing the food industry. Plastic is...