The Evolution of Food Safety Technology 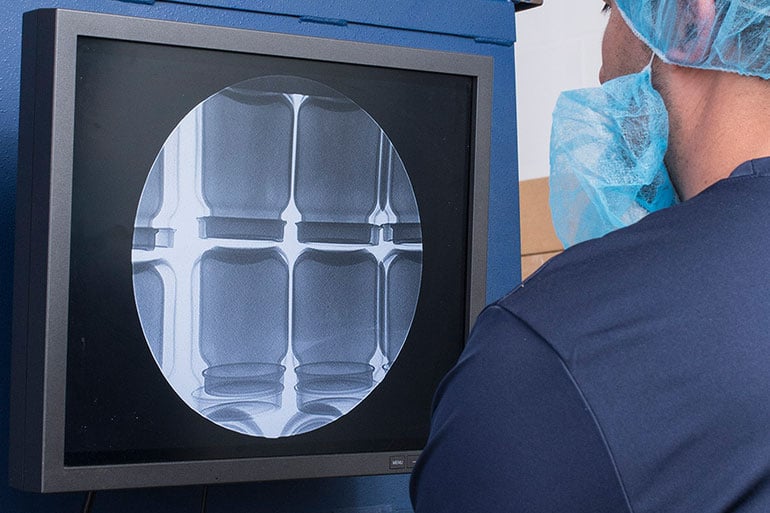 Consumers have long been concerned about the safety of the food they eat, and the tools for keeping it safe have come a long way since the early days of our industrialized food production system

as the methods for keeping food safe have changed, so, too, have the hazards that threaten food safety. Foreign materials have always existed in foods. From rocks and stones pulled up with plants to gun pellets in meat, early consumers weren’t exempt from contaminants.

However, with more processed food has come greater threats and concerns. Wires for cutting meat and cheese, metal flakes and fragments from cutting blades, nuts and bolts from machinery, and plastic and rubber machine parts are all causes for concern.

The food industry has adapted accordingly, developing processes and technologies to help keep ahead of the dangers food. Today, technology plays a crucial role in keeping food safe, and as it continues to evolve, so will manufacturers’ abilities to detect and contain those threats.

Looking for Solutions Before X-ray Technology

With the introduction of industrial metal detectors in the late 1940s, food manufacturers had access to a better way to inspect products that might have been contaminated by metal. While metal detection improved the food inspection process, there were still many limits to what it could find.

“In the last 20 years we’ve seen the technology used in the food industry truly improve,” says Kye Luker, Vice President of Operations for . “Every type of detection system has become more sophisticated and is better at finding foreign materials. It’s been a case of the food industry trying different things to figure out what works best for every food type, production setting, etc.”

As the technology has improved and costs have dropped, food production plants have more choice in how to approach their food safety options.

As the technology continues improving, so does the reliability, safety and wash-down capability of the equipment.

While metal detection has served the industry well in many ways, X-ray inspection delivers the benefit of being able to find much more than metal. Metal detection equipment is limited to contaminants that disrupt an electromagnetic field, and since not all metals have similar conductivity, some metals are harder to find than others.  Whereas X-ray can detect all of those elements as well as glass, rock, bone, plastic, rubber, wood, pits and shells, stone, and more.

Overall, X-ray detection is being embraced for its superior foreign object detection ability and its ease of use. However, even within the scope of X-ray equipment, different technologies are used and can yield different results.

Inline inspection machines use flat panel detector technology in order to automate the inspection. While this provides a good first line of defense, the equipment in a food manufacturing facility isn’t necessarily able to pinpoint the exact cause or location of the contaminant. Instead, it can trigger an alert indicating that a foreign material has been detected.

“When you’re running 10,000 pounds of product an hour or more through an in-line system it’s difficult to achieve full capability,” Luker says. “ “Even though they can discern foreign material, at that speed, the equipment’s ability to discern density differences in a split second cause many manufacturers to tone detection down to avoid high false reject rates.”

While the technology of today provides definite advantages over early methods, Luker says that doesn’t completely prevent problems. “We can now better pinpoint foreign material or contamination events with new technology, which helps narrow down the amount of product to place on hold, but even with a smaller hay-stack to look through, we’re still left trying to find the proverbial ‘needle’”.


Because of that, even food manufacturers with inline X-ray equipment can benefit from using an offline X-ray inspection service. This off-line inspection is slower than traditional inspection, allowing for much smaller foreign material size detection.  Most importantly, it also relies on different technology; uses a custom built system leveraging medical grade technology rather than a flat panel detector.


As technology continues to advance, so will innovations in food safety and food inspection. Today, food manufacturers are able to make better choices on how to keep their products — and their customers — safer. And when inline inspection machines detect a problem, it’s reassuring both for consumers and food producers to know that there’s a solution to resolving it quickly and cost-effectively.