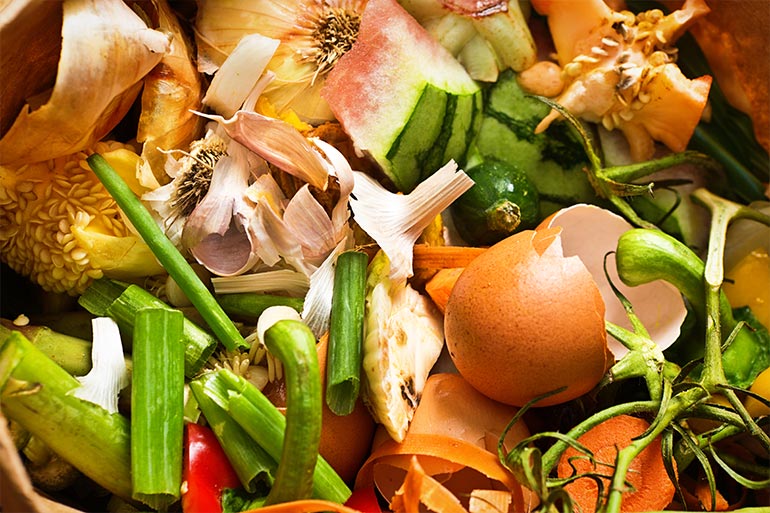 Food waste in the U.S. has become a significant problem from both an economic and environmental perspective. About 40% of the food grown domestically ends up in landfills, which means we’re throwing away an estimated $218 billion worth of food each year. That’s 1.3% of America’s gross domestic product.

The cost for food companies continues climbing; according to the Food Waste Reduction Alliance (FWRA), food manufacturers generate 53 pounds of food waste per every thousand dollars of company revenue. While 43% of food waste comes from families who throw out the food and beverages they’ve bought, the larger percentage of waste comes from manufacturers, retailers and restaurants.

As the industry gains greater awareness about how much food waste is costing food companies, more initiatives are being developed to curb it. Such measures not only lower the amount of waste being generated, but also improve the financial health of food manufacturers, both individually and for the industry as a whole.

The Growing Problem of Food Waste

The problem of waste affects everyone in the food industry, and it begins with economic implications. The cost doesn’t end with the price of the food that’s disposed of. When food is discarded, it also wastes the fertilizer, land and water needed to grow that food.

According to the Natural Resources Defense Council, about 21% of the water used to grow food is wasted; that’s more than the amount of water used by California, Ohio and Texas. In addition, 19% of crop land is growing food that won’t ever be eaten, and we’re also wasting 3.9 billion pounds of nutrients by fertilizing food that will end up in landfills.

The costs, either individually or cumulatively, are staggering. But on a brighter note, manufacturers who commit to resolving food waste can see significant rewards.

In the report The Business Case for Reducing Food Loss and Waste, authors Craig Hanson of the World Resources Institute and Peter Mitchell of the Waste and Resources Action Programme note that research indicates a strong financial reward for companies that focus on reducing food waste.

They researched more than 700 companies around the world, including manufacturers, retailers and food service businesses, and found that 99% of companies across the board earned a positive return on investment when they implemented programs to reduce food waste.

The median benefit across all sectors was 14:1, meaning that they received a 14-fold ROI. For every $1 invested in food waste reduction, the average company realized a $14 return.

Food Waste and the Environment

The environmental implications of food waste are sobering because they affect the resources needed to sustain crops and the land where animals are raised. More food ends up in American landfills than paper or plastic, and once in the landfill, the food rots and converts to methane, a greenhouse gas that is 25 times more harmful than carbon dioxide.

As the amount of food sent to landfills increases, so does the number of harmful emissions it produces. The United Nations’ Food and Agriculture Organization estimated that in 2007, the carbon footprint of food was comprised 7% of all global emissions. However, just over a decade later, it has inched up to contributing 8% of emissions, making it almost equal to the number of emissions created by transportation. In fact, if food waste was a country, it would rank third — right behind China and the U.S. — for greenhouse gas emissions.

How Food Manufacturers Can Take the Lead on Food Waste

Because the problem of food waste in the U.S. continues to worsen, the USDA, Environmental Protection Agency and the Food and Drug Administration have joined together to create an interagency strategy addressing the issue. The initiative, Winning on Reducing Food Waste, looks at how to educate the supply chain at every touchpoint, from growing, manufacturing and transporting to the selling and disposing of food. The strategy also provides education in handling, preparation and storage of food to reduce food waste. It also will create new uses for excess food.

For example, one effective way of reducing food waste is for manufacturers to recycle food waste. The Food Waste Reduction Alliance says that 93.4% of food waste from manufacturers can be recycled. The types of waste include fruit and vegetable trimmings, peels and semi-finished products including sauces and leftover ingredients. These items can be composted or recycled into animal feed, fertilizer and even biofuel. Additionally, safe but unsellable products — such as discontinued, mislabeled or bulk foods — can be donated to feed hungry families.

Another initiative designed to encourage food waste reduction is the U.S. Food Loss and Waste 2030 Champions program created by the USDA and the EPA. Champions are those businesses and organizations that have publicly committed to reducing food loss and waste in their operations by 50% by the year 2030. Using the Food Loss and Waste Protocol, companies and governments alike can better measure and monitor how their food is being wasted, become more informed about food loss and learn ways to curb waste and inefficiencies.

If You’re in Food Manufacturing, You’re Affected by Food Waste

All companies in the food supply chain contribute to food waste, although in differing amounts and in different ways. Food manufacturers and distributors face challenges that are different than retailers and restaurants, but all sectors of the industry must now learn how to work together to reduce food waste — as well as develop their own individual initiatives to address their unique and specific challenges.

One of the more significant challenges facing food manufacturers is how to manage contaminated product and reduce the amount of waste that accompanies contamination. In the past, it has been common practice to dispose of an entire product run when contamination had occurred or was suspected. Along with food waste, this also meant that tons of plastic, cardboard, glass and other types of packaging also were sent to landfills, further contributing to the issue of waste.

FlexXray is on the front line when it comes to helping reduce the amount of waste generated by manufacturers. Our unique capabilities can help minimize the amount of product that is disposed of. We’ve worked with some of the country’s leading food and beverage producers, and we’ve been able to save 98% of product that otherwise would have been sent to landfills. Our medical grade X-ray inspection technology means that we can pinpoint the source of the contamination, remove that portion of the product from distribution and allow the rest of your product run to return to its distribution channel. 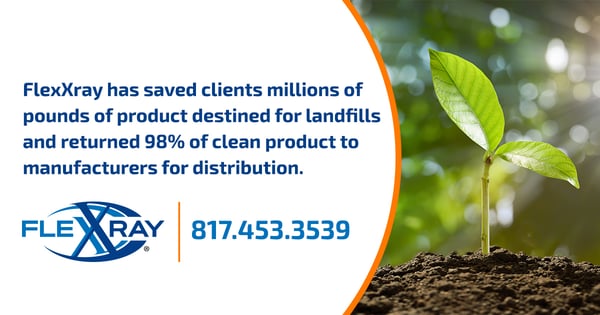 Not only does this save you money by eliminating the cost of destroying an entire product run and potentially losing business by having your product unavailable, but it also improves the overall health of the planet by minimizing the amount of food you’re contributing to the landfill.

Food waste is a complex problem and there’s no single solution to help resolve it. Instead, it requires dedication and innovation from all parties, working together to solve the problem from different vantage points. At FlexXray, we’re glad to be able to provide one solution that can help your company reach its objectives to reduce food waste and help improve the planet for your customers — today and in the future.