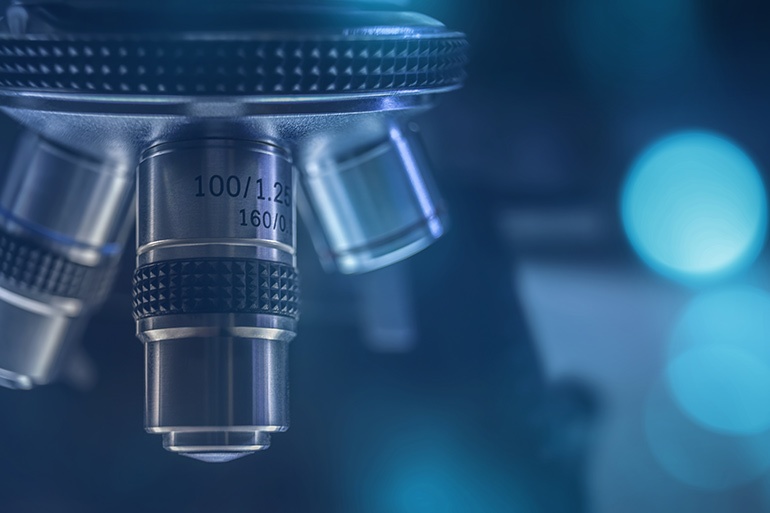 The food chain provides almost unlimited opportunity for foreign contaminants to find their way into the food supply. Although X-ray technology and third-party inspection services can pinpoint where the contaminant is located in the food, what’s often less clear is when and where the contamination occurred.

Traceability has become increasingly important in resolving issues of contamination by foreign materials, and the X-ray food inspection services offered at FlexXray have helped add a layer of accountability. Our ability to locate foreign objects frequently allows customers to trace the origin of the contaminant back to its source: a supplier, a production or technology mishap or simple human error.

But new technology is adding a dimension to that capability that could make determining the source of contaminants faster and more accurate.

Blockchain technology, the form of information storing and sharing that is most widely associated with cryptocurrency, has caught the attention of many in the food industry because it can provide safety checks and balances that previously were not available.

Through improved verification and rapid traceability, it could innovate the way food is monitored and the rate at which information is recorded and stored.

As consumers and manufacturers alike become more comfortable with blockchain technology and what it offers, it’s possible that its ability to help make the supply chain more transparent and trackable could also play a major role in helping avert potential food safety disasters.

What Can Blockchain Do?

To understand how blockchain technology can improve the safety of the food industry, it’s important to first understand what it is and how it functions.

In their 2016 book, Blockchain Revolution: How the Technology Behind Bitcoin is Changing Money, Business and the World, authors Alex Tapscott and Don Tapscott explained, “The blockchain is an incorruptible digital ledger of economic transactions that can be programmed to record not just financial transactions but virtually everything of value.”

This open ledger offers a way to share and store a tremendous amount of information across a network in a virtual space, allowing all of the users in the network to see transactions in real-time. Since every user has access to the same information at the same time, it offers an unprecedented level of transparency.

How Will Blockchain Impact the Food Industry?

The safety implications of blockchain for the food industry are enormous and promising. Retailers and manufacturers can be more responsive to a food safety crisis, which means this technology even has the potential to save lives. This is true for both physical contaminants and biological ones.

Many see blockchain technology as the solution to traceability in the current food supply chain. The best illustration of this comes from the partnership between IBM and Walmart, who in 2016 teamed up on a project to use blockchain technology to track movement of pork in China. Their experiment created a transparent, detailed record of the meat’s journey as it went from producers to processors, then on to distributors, grocers and consumers.

Traceability of products gives all parties in the food supply chain immediate access to valuable and verifiable information about the food. From grower to end user, it can provide a history of the product at every step in the process, including farm origin, factory and processing data, and shipping details.

To put into perspective just what a game-changer blockchain is for traceability, Frank Yiannis, Walmart’s vice president of food safety, says that with blockchain technology, in just 2.2 seconds, they can trace the entire journey of a mango all the way back to the original farm where it was grown. Without such technology, that same backtracking took six days, 18 hours and 26 minutes.

The use of blockchain could make a dramatic change in food waste, since specific food products can be traced quickly and easily, and only contaminated products would be pulled for disposal.

As the food supply chain continues becoming more globalized and complex, the need for traceability becomes more important than ever.

A rapid traceability process means a safer food environment as a whole, and it gives food manufacturers the ability to reduce their liability costs, lower the amount of product waste, become more efficient in the event of a recall and, in the process, increase consumer confidence that leads to greater profitability.

With blockchain technology, when an X-ray inspection system detects a contaminant, the source of that contamination can be traced in minutes, if not seconds. This gives food producers the ability to identify the overall threat of contamination and determine how widespread the issue might be.

The ability to audit contaminants and trace them to their source could mean the difference between a widespread blanket recall and a targeted action to remove contaminated product from distribution. This equates to a tremendous cost savings, not only from the expense of a recall itself, but in damage caused by lost revenue and diminished consumer confidence or loyalty.

Securing the Future of Food

The technology of blockchain, with its sophisticated traceability, coupled with the ability for services like third-party X-ray inspections, could play a significant role in improving the quality of the food supply overall. It will create more accountability at every stage of the food manufacturing process, making everyone from farmers to plant managers to workers on the production line assume responsibility for their part of the process.

Suppliers will have an even greater responsibility to make sure the products they provide to manufacturers are free of foreign particles and hazards, and those who fail to do so would quickly be discovered. Manufacturers will have both the responsibility and the capability to be more diligent about checking food for contamination, and will have instant access to finding the cause of the problem, whether it’s from a vendor or is occurring in-house.

Third-party X-ray inspection services like those provided by FlexXray will play an even larger role in ensuring that food is safe and free of physical hazards, allowing manufacturers to double-check the safety and purity of their food before it reaches consumers.